Erectile dysfunction: Having Problems with erections 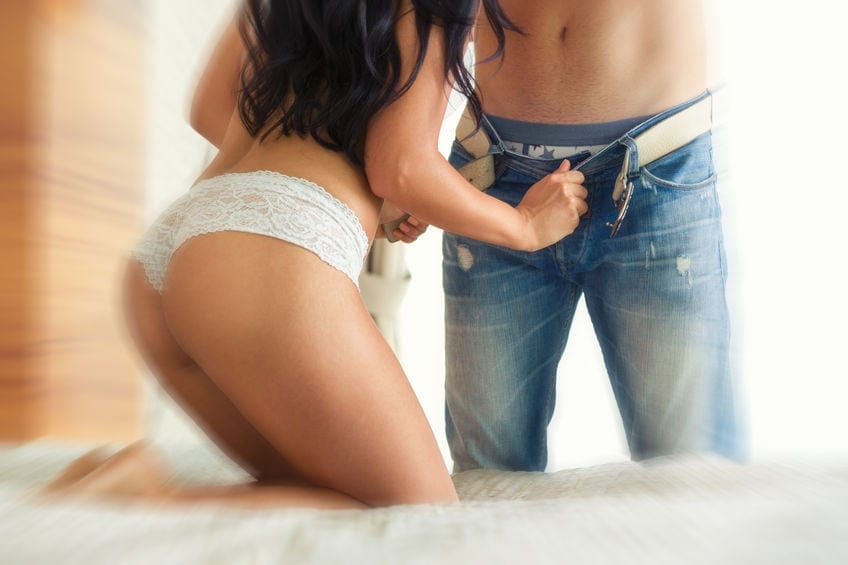 For most men, an erect penis is confirmation of being a man. Much of a man’s self esteem is tied to his penis. So, when a man’s penis repeatedly fails to become erect, it can be very distressing.

Problems with getting or keeping an erection sufficient for intercourse are very common. Most men experience this sexual difficulty periodically, but when erections are consistently unpredictable, ED becomes a personal and relationship crisis, which can create anxiety, self blame and relationship stress.

Most men experience occasional impotence, usually resulting from stress, tiredness, anxiety or excessive alcohol or drugs. However, worrying about impotence may set the scene for a more persistent problem due to fear of failure, or ‘performance anxiety’.

Erections change over time, sometimes stronger or weaker than at other times. Men in their teens often have little control over their erections and obtain erections when not in a sexual situation. For most, this stops in their late teens to early twenties.

As men get older, erections may not always be obtained when they want one.  By age 40, about 90% of men have experienced at least once, a problem with getting or maintaining an erection sufficient for intercourse.

By 50 over half of men report mild to moderate erectile difficulty.

So a man’s major fear is, in fact, almost an universal experience.

For men under 40, most erection problems are caused by psychological or relationship problems, rather than physical or medical factors.

Some of the common psychological and relationship factors are anticipatory anxiety, performance anxiety, distraction, self consciousness, feeling a failure and anger at his partner.

For a man, the more you focus on your penis and getting or maintaining an erection, the less successful you are.

It is important to focus on the give and take of pleasure rather than performance.

If an ED problem persists for longer than 6 months, both the man and the couple become trapped in a cycle of anticipatory anxiety, performance anxiety, and avoidance.

No matter whether it was physical or psychological factors that initially were responsible for causing the ED, this self perpetuating anxiety cycle for both partners keeps maintaining it.

Prior to an erection, first there is the feeling of sexual desire (he is ‘turned on’). This is quickly followed by arousal. With arousal, his penis becomes erect when the smooth muscle of the penis relaxes and allows blood to flow into three spongy bodies inside the penis (the two corpora cavernosa and the corpus spongiosum).

The penis is a hydraulic system. It rises and stiffens as it fills with blood.

In Australia, about 30% of men report erectile dysfunction. It has been estimated that erectile dysfunction (of all degrees) affects  52% of men aged 40 to 70 years, with higher rates in those older than 70 years. Research suggests that the prevalence of ED among Australian men falls in these ranges:

Worldwide, only about 1 in 6 men with moderate to severe erectile dysfunction seeks help from health professionals. The majority suffer in silence.

Recent behavioural addiction research suggests that the loss of libido and performance occur because heavy users are numbing their brain’s normal response to pleasure. Years of overriding the natural limits of libido with intense stimulation desensitizes the user’s response to the neurochemical dopamine which is behind sexual desire and erections.

This is a very worrying trend for young men.

Since 1998 with the introduction of Viagra, it has been popularly believed that erectile problems are caused mainly by physiological problems, especially vascular problems, rather than psychological issues or relationship distress.

However, this medical approach oversimplifies the problem and promises more than it can deliver. ED is more complex. Although the achievement of an erection is very important, a healthy, fulfilling sexual relationship is much more intricate than a mechanistic view allows.

For every man who has been helped by Viagra, an equal number, or perhaps more have “failed ” with Viagra. When this happens these men feel even more stigmatized and demoralized after trying and not succeeding than before using Viagra.

If you find you can get an erection through self stimulation, or with your partner stimulating you, or while you are sleeping, or when as you wake, then it is likely that the physical factors are functional for you.

This usually means that anxiety, distraction, fatique, and negative emotions are playing a major part in interfering with your sexual function, and will need to be addressed by a Relationship Psychologist or Sex Therapist.

Erection difficulties are an unfortunate by-product of our modern Western lifestyle. Many men are in a constant state of stress, leading a sedentary lifestyle and eating and drinking all the wrong things.

They often also believe that they need to prove their sexual potency to their partner when in the bedroom and then feel stressed and disappointed when their equipment fails them.

Erectile difficulties are caused by a combination of Bio-Psycho-Social factors, and as a result, problems can arise from a variety of reasons. Here are some of the common ones:

Psycho-sexual factors are particularly important because they affect not only erections but also your sexual desire.

Some sources estimate that 75% of cases of erectile dysfunction are due to poor physicalhealth. Because the penis has the smallest blood vessels in the body health problems oftenshow up here first. If nocturnal and morning erections are no longer happening for you, seeyour doctor. Erectile dysfunction is often an early warning sign of one or more of thesehealth conditions:

Women respond to their partners erection difficulties in a number of different ways.

It is often difficult for a woman not to feel hurt or confused particularly if her partner tries to cope by avoiding having sex or being affectionate, which is a very common response. In these instances, It is not unusual for a woman to begin to question her sexual attractiveness, or her partner’s interest in her.

Other women will minimise the sexual side of the relationship, saying that intimacy is all that counts. Others will become demanding, believing her partner owes her intercourse.

The healthiest role for the partner to play is to be a caring involved sexual friend, and if possible maintain her sexual desire and arousal, as this often invites her partner’s arousal.

For many men, their GP is the first port of call as they dont know where else to go for help.

Unfortunately, while there are some GPs who are well schooled in erection difficulties, many are not, and often can only offer very minimal advice and treatment, or feel uncomfortable even discussing the problem in any depth.

Pro-erection drugs like Viagra, Cialis and Levitra can be a vital resource in treatment. However the challenge is to make a fuller comprehensive assessment of your particular problem , and also very importantly, to show you how to integrate the drug into your couple sexual style and your relationship.

Our Sex therapists and Relationship Psychologists at the Hart Centre can help you in working with your GP in  comprehensively assessing your problem, and in working out the multi-faceted solutions.

We can take the guesswork out of your problem and can provide the link with your GP, so that we are all working together to create the best solution for you.

Many people believe that because sex is natural it ‘should come naturally’. However, like any skill, a few tips to point us in the right direction never go astray. Some men experience erectile dysfunction because of lack of sexual education, in other words, they do not know what to do in particular situations. Once armed with the information he needs, a man can overcome most of his difficulty.

The essence of Erectile difficulties is that you have lost your comfort and confidence with erections and intercourse. ED is a changeable problem.

The goal of ED treatment is not just to restore erections and resume intercourse, but to establish a new way of understanding desire, pleasure, arousal, intercourse and sexuality that will allow you to not only maintain your gains, but also to help any further problems as you age.

If you would like to overcome your erectile difficulties and recreate a healthy and happy sex life again, come and talk with our Sex Therapist or Relationship Psychologists.

He/ she will carry out a comprehensive assessment, often in conjunction with your GP or other Doctor if you prefer, and then can offer you the appropriate solutions, tailor made for you.

It can sometimes be difficult making the decision to see a sex therapist for your erectile dysfunction problem, as it can feel like a sign of weakness; however, in reality, seeking professional help is a sign of psychological wisdom and strength, as you are proactively working towards a better sex life and relationship.