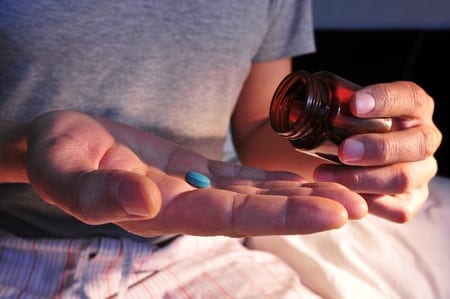 Blowing away myths and misconceptions about sex and ageing.

Many people assume that as you age, your sex life declines, but you are built to be a sexual person from the day you were born to the day you die.

Even into your 60s, 70s, and 80s you can really enjoy sex, and sex can even get better in many ways over time.

Why do couples stop having sex as they get older?

When couples stop being sexual, at 50, at 65 or 75 in over 90% of the cases it’s almost always the man’s decision; and the reason is that is he’s lost his comfort and confidence with erections, intercourse and ejaculation,  and this becomes frustrating and embarrassing and so he avoids it.

He often makes this decision on his own and without discussion with his partner. Sex has become more of a hassle than a pleasure, but that doesn’t have to happen.

There’s all kinds of ways that people can enjoy being sexual in their 60s, 70s and 80s. The most important concept is that, unlike in your 20s and 30s where your sexual functioning was autonomous, you didn’t need anything from your partner in order to experience desire, arousal, and orgasm; it becomes different as you get older.

Rather than the way you learn to be sexual which is totally predictable intercourse, when you are over 50, you will be more satisfied if you adopt what Barry calls the Good enough sex model, which is that not all sexual experiences flow into intercourse.

Not all sex needs to flow into Intercourse 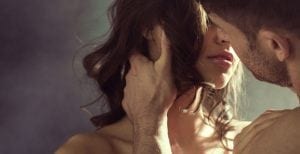 Sex is definitely something more than just wiggling your genitals around until they go pop.

If you define sex as the way most men learn sex in their adolescence and young adulthood, they get one easy erection, they go inside the woman at the first erection and they ejaculate. Actually the big problem for young males is ejaculating prematurely and it’s very predictable. but interestingly, these are the men who tend to stop being sexual in their 50s and 60s.

But if you can adapt to this new way of understanding and thinking about sex, then you can continue to be sexual into your 80s.

The truth about Viagra and Cialis

The pro-erection medications, like Viagra, Cialis and Levitra have probably caused more Sex-less marriages than anything else in history.

They are, in fact, helpful, and safe medications for a great majority of men, however they don’t function at all the way they appear to in the ads. The ads are hyped and they are totally misleading for men and couples.

What they promise is a return to the kind of erection you had in your teenage years, that you will have the automatic erection, 100% of the time, and  you’ll go straight to intercourse.

Then, when that doesn’t happen, it can be hard not to feel like a failure.

In reality when you take Viagra, Cialis, or Levitra, between about 65% and 85% of the time you are going to have an erection sufficient for intercourse.

But the medication does not give you an erection. It does not create the desire.  When you are feeling desire and are aroused, it allows your vascular system to be more efficient, so that you maintain your erection longer, which is why it is helpful.

In very simplistic terms what the medications do is decrease the blood flow out of the erectile tissue of the penis. Basically they constrict those blood vessels so that there is more blood in the spongy tissue of the erectile area of your penis and therefore it is a little easier if you have the proper psychological motive and are being stimulated.

They all basically have the same success rate, about 65% to 85% of the time.

The mistakes men make with Viagra and Cialis

There are 2 major mistakes that men make with Viagra,Cialis and Levitra.

Consider arousal being on a 10 point scale, where 5 is where you are just beginning to get aroused and get an erection and 10 is reaching orgasm. Most men move to intercourse when their arousal is about a 4 or 5 and then they get more aroused during intercourse.

It is far better to wait to transition to intercourse when your arousal is at 7 or 8 (when you’re highly aroused) rather than earlier.

Of course as young men, you may have had experiences where, if you wait too long, you don’t have enough control over ejaculation or orgasm,  and so you’ll come sooner than you want to, so in your senior years, it’s easy to assume when you feel it’s ready and it’s working, then it’s best to just do it now, fearing that more play might make you have less control.

But in fact the reality is just the opposite.

For men over 50, some 15% to 20% of men at least on occasion experience ejaculatory inhibition. Again what’s happening with them is they’re playing with sex by the old rules rather than new healthy rules in your 50s, 60s, 70s, and 80s.

So many men try to force erection at low levels of arousal, which results in them running out of steam and they don’t ejaculate. Then they worry that that might have an erection problem, but in fact it is more a problem of ejaculatory inhibition as they are not aroused enough.

In reality, very few men go back to 100% erectile functioning. However, the great majority of men can enjoy sex more, and enjoy intercourse more, but that 65-85% is a good guideline.

The Advantages of getting older 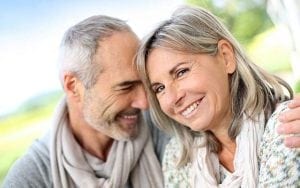 As men and women age though, two things develop, both of which are very positive for them.

What exactly is good sex?

In our western world we are very confused about the whole idea about sex.

In our minds we have this thought that if it doesn’t include penetrative sex and actual shooting of fluid then it isn’t sex.

Most men are really, really orgasm focused.  Many men have learned that sex is highly controllable and highly predictable, and the whole idea of pleasuring and foreplay is seen as for the woman only.

Men basically learn to think about sex as intercourse or nothing. You either hit a home run or you didn’t play the game, or you failed the game.

A Great Exercise to boost your sex life

But, there’s a much better way of thinking about it and that is Barry’s concept of Five gears of touching. It’s like a stick shift car.

The first gear is affection and touch which has great value in it itself. Whether it’s holding hands, hugging, kissing, that kind of thing. Affection is very important in terms of intimacy but it’s not basically sexual.

The second gear is when it starts being sensual. Sensual refers to non-genital touching, it refers to cuddling together like kissing, holding when you wake up in the morning or when you go to sleep at night. It refers to body massages that are non-genital. The way to think about sensual touch on our 10 point scale of arousal is sensuality allows you to feel 2 to 4 on that scale.

The fifth gear is intercourse. It’s best to think of intercourse not as a pass/fail test but as a normal other dimension. Most of the time sex will flow to gear 5, but when it doesn’t, it doesn’t mean it was a failure or there’s something wrong with you.

So, if you switch to intercourse and see it as a pass/fail test at a 3 or 4, it’s likely to give you trouble rather than enhance your good feelings about sex. That’s the danger that a lot of men fall into. It’s a totally unnecessary danger.

It’s best to transition into intercourse at 7 or 8 in arousal, and also have multiple stimulations during intercourse.

You can just take that rain check rather than just panic.

Also, the idea that you need each other is a large factor because most men feel early in their life that they don’t need a woman; but as they age, they come to understand that they do.

It’s much better and healthier to see the physiological changes in your body and relationship changes as a challenge and finds ways to meet that challenge so you can really enjoy sex as you age.

When you do so, it’s not only good for your psychological wellbeing, it’s good for your physical health. Men who are in healthy relationships including a relationship that involves touching and sexuality live longer and have a better quality of physical life.

Along with good eating patterns and reduced drinking and not smoking, regular exercise is also really healthy for your physical and sexual health too.

There’s a lot of evidence available, and it’s even more true of men than women, that for men being able to enjoy an active pleasurable love and sex life with their partner well into their 80′s means life can remain vital, enjoyable and loving until the very end.

If you would like help in achieving this healthy well rounded love and sex life at any age, please give us a ring and one of our psychologists or Sex Therapists will be able to assist you.