Sexless Marriage and What To Do If It Happens to You 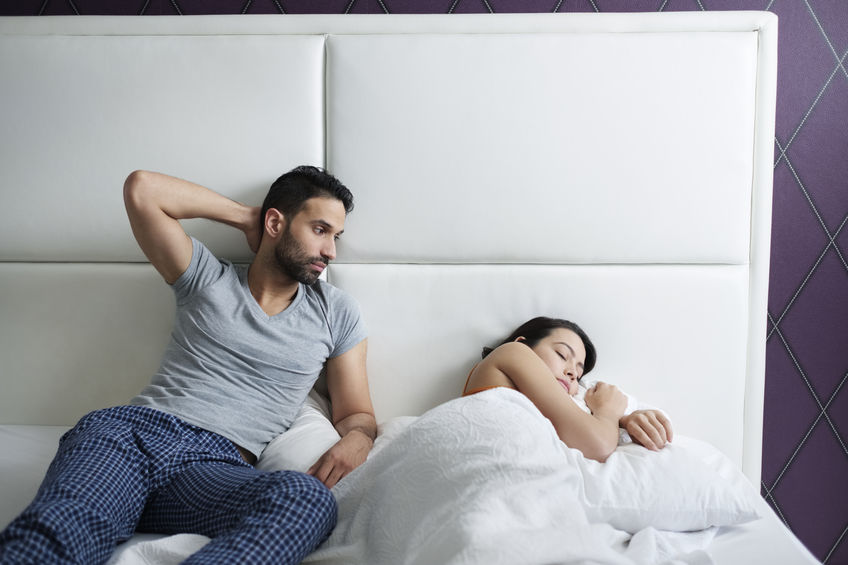 There’s sexless marriage. And then there’s “nearly sexless marriage” — where a couple might only have sex a few times a year. Or as one patient of mine, an insurance executive, described it — “on a quarterly basis.”

If sex on a quarterly basis feels like enough for you, that’s fine. But in my experience, most couples with sexless or nearly sexless marriages consider it a problem and wish things were otherwise.

Sexless marriage is one of the commonest reasons couples come in for sex therapy. It’s been said that sex is 20% of a marriage when it’s going well, but 90% when it’s not.

Feelings of inadequacy are common. So are feelings of shame — especially if you assume all the other couples you know are having awesome sex lives.

But the truth is that sexless or nearly-sexless marriage is very common. Conservative estimates put the prevalence at 15% of American couples. So chances are, at least some of your friends and neighbors are in the same boat.

There are as many different stories as there are couples. But here are a few kinds of stories we sex therapists hear frequently:

If for whatever reason one or both of you aren’t enjoying the sex you’re having, then it’s not surprising you wouldn’t want to do it. As I discussed in my article, The One Sex Tip You Need For a Long-Lasting Relationship, some couples lack basic knowledge of how sexual feelings work.

Sometimes the reason has nothing to do with sex. If you’re like most people, how you feel about yourself as a person has a direct connection to how much you’re able to enjoy yourself in bed. To quote one of my favorite sex writers, Julia Heiman, “Often sex is a nonverbal expression for what is avoided or inaccessible verbally, such as marital unhappiness, a power struggle, emotional emptiness, or existential anxieties or losses.”

You’d be surprised how many couples expect themselves to have sex despite the fact that they hate each other. And many other couples suffer from unresolved grief or trauma, or the other life difficulties that sap their sexual connection. To add another twist, sexless marriage itself can be a potent source of emotional unhappiness.

Sometimes one or both partners may lose their libido entirely, even when the sex has been reasonably good. This appears to be more common in women. The causes of loss of desire are endless. Biological, psychological, and social factors commonly come into play.

Regardless of whether your sexless marriage is the result of bad sex, emotional unhappiness,  or loss of desire, there’s something specific that eventually happens in almost every case of sexless or near-sexless marriage that makes the condition much more likely to remain permanent. Psychologists call it “The Westermarck Effect” — for Finnish sociologist Edvard Westermarck, who noted that people raised together as siblings don’t ordinarily regard each other as potential sex partners.

Following Westermarck, most researchers today assume there’s a basic biological mechanism at work here. If you live with someone for a long period of time and don’t have sex together, you begin to feel like siblings to each other.

That’s exactly what happens to people in sexless marriages. They eventually begin to feel like siblings. The incest taboo accidentally kicks in, and once this happens sex can start to feel pretty awkward.

For this reason, as a sex therapist I advise couples in sexless marriages to take action as soon as possible, and not wait months or years to do something about it. And when a couple in a sexless marriage starts taking steps to reverse the process, I tell them to expect that the first few times are going to feel awkward.  That’s normal — The Westermarck Effect in action.

So What’s A Sexless Couple To Do?

For most couples, The Westermarck Effect dictates that you can’t just jump in bed together and expect good sex right off the bat. In addition to knowing beforehand that things might feel awkward at first, I usually recommend couples start by first spending some time getting in tune again.

We sex therapists have a long tradition of recommending “warm-ups” for couples — from Masters and Johnsons’s “sensate focus” to this decade’s “mindfulness.”  My new book Love Worth Making: How to Have Ridiculously Great Sex in a Long-Lasting Relationshipshows you both of these techniques.

What I usually recommend for sexless marriage couples in my office is something a little different — a technique I developed myself, that I discuss in Chapters 6 and 15 of Love Worth Making.  I call it “The 2-Step.”

Here’s how it works:

Step One is basically a mindfulness practice. Spend some time in bed doing nothing together. Most couples prefer to be naked, but do whatever makes you feel most comfortable.

When you feel you’ve talked as much as you need or want to, see if you can give yourselves permission to just be together quietly, doing nothing.

The key to Step One is that your only goal at first is to do nothing at all. So often we get so wrapped up in our emotions that we lose sight of the simple elements of experience — our breathing, the sensation of our bodies against the mattress, the temperature in the room.

At some point during Step One, you may notice feelings of arousal. Not just hardness or wetness. I mean authentic psychological arousal—that hypnotic, dumb-and-happy feeling that makes you resent if the phone rings.

If that happens, just enjoy it for its own sake. Arousal isn’t all-or-none. Sometimes it can be rather subtle – a private, inward thing.

Take your time. Just focus on your moment-to-moment experience of arousal.
If you’re like most people in sexless couples, this will feel awkard at first.
Just notice the awkward feeling, without getting too involved with it.
Sometimes awkward feelings like this will pass, if you don’t get too emotionally involved.

The key to Step Two is to experience arousal for its own sake, without feeling like you have to do anything about it. Too many couples assume that every time they get aroused, they have to extinguish it with an orgasm — as if arousal was something irritating or unpleasant.

Instead, think of arousal as something warm and nourishing. If you’re like most people in sexless marriages, you’ll want to let that warm feeling sustain a bit, before acting on it fully.

If you both want to have sex, then sure — go ahead.

But here’s the thing:

What ultimately heals a relationship is usually not the sex. More often, it’s the time you spend in bed just being in the moment together, doing nothing at all.