Women’s Sexual Desire, and Why Men Often Don’t Recognize It 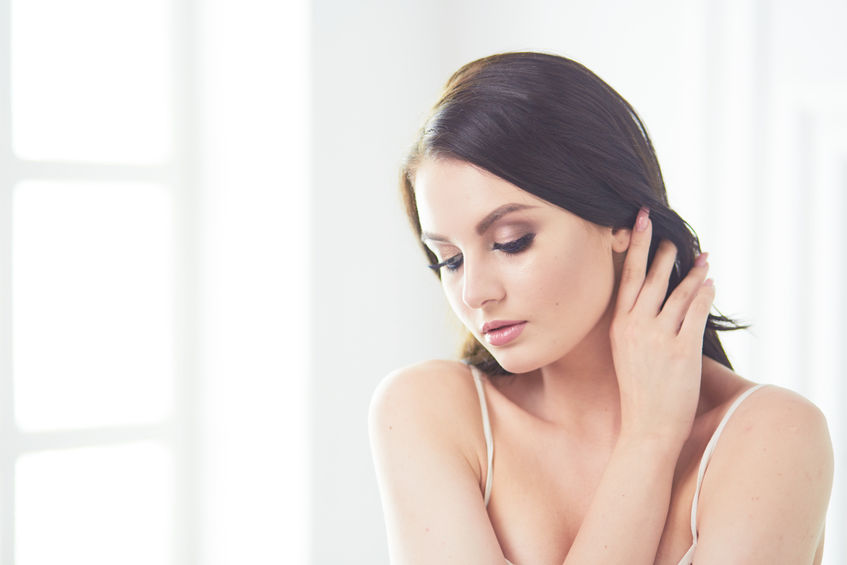 We’ve learned a lot about women’s sexual desire in the last few decades.

Back when sexologists were mostly male, sexual desire—or “libido” —used to be thought of as like some kind of hydraulic pressure in the body. Like the pressure most young men feel when they need to ejaculate.

But the hydraulic model doesn’t fit the facts of most women’s sexual desire. Most women need a reason to have sex. Otherwise, they might go for a long time without feeling desire.

Men need a reason to have sex, too.  But for most men, the reason can be as simple as your partner taking off their shirt.

Women’s Sexual Desire and the Definition of Good Sex.

Of course that leaves open the question of just what constitutes good sex, right?  People have widely different opinions, of course.

But having discussed the subject with many hundreds of people over the years, I think most people’s notions of good sex would involve getting authentically aroused– not just hard or wet.

As I discuss in my article, Sex Tips for Married Lovers, authentic arousal requires more than hardness or wetness. By my definition, you’re not really aroused unless you’ve lost a lot of IQ points.

Real authentic arousal should also make you feel good about yourself.  And good about your partner too—in a primal way that just says “YES, that’s the stuff I like!” Otherwise your mind can easily go into screen-saver mode, and sexual desire can turn off completely.

But many couples don’t know how to recognize authentic sexual arousal. They think if they’re hard or wet, they’re ready to have sex. That leads to a lot of bad sex, since hardness and wetness just aren’t sufficient to move the mouse.

Obvious, huh? You’d be surprised.  Many couples I see in my office have never bothered to reflect on those simple facts.

If a woman doesn’t feel desired, then the sex itself may not seem so appealing.

Wait, you say. Doesn’t everyone know how important it is for most women to feel desired?

You’d be surprised. I see many men in my office who have no clue how important this is for women’s sexual desire.

Now here’s something that I find baffles most men: In order to feel desired, a woman may sometimes actually move away from her partner — in the hopes he’ll come running after her.

That’s so foreign to the average male mind that few men understand it at all.

When talking with men in my office, I’ll often cross species lines and illustrate with the following example:

What Men Can Learn from the Sexual Behavior of Female Rats

I once attended a sex therapy convention where researcher Jim Pfaus showed videos of rats having sex. The most interesting part turned out to be the foreplay.

By human standards, male rats are all premature ejaculators — so rat sex is typically very short-lived. But rat foreplay can go on for a long time.

The female rat runs in front of the male rat, gets his attention, then darts away. With any luck, he’ll be interested enough to chase after her. He might chase her around the cage for a long time, before she finally lets him have her.

The female rats tend to like to prolong all this running around. And more than one sex researcher has wondered whether the female rats enjoy this strange kind of foreplay more than the actual sex.

Many people have noted that the whole thing looks suspiciously like what sometimes during heterosexual human mating: how women’s sexual desire often seems to be as much for the pleasure of being chased as for what happens afterward.

Now, of course, there are exceptions. Just as there are exceptions to every generalization you might make about sex and gender. There’s a tremendous amount of diversity in human mating. In an article in PsychologyToday, I discussed the fact that some men have an unusually strong yearning to be desired too.

But the fact that many women’s sexual desire can manifest by a wish to run away ordinarily causes a lot of mischief in heterosexual couples. So it’s a crucial thing for a man to understand.

My colleague Esther Perel describes one of her Spanish-speaking clients playing a game she calls “Juego.”  To play this game, the first thing is to make yourself a bit unattainable. If your partner responds by pursuing you, then you’ve won the game.

For many men, the hardest thing about playing “Juego” is to realize there’s a game going on in the first place.

A lot of men will just greet their partner’s unavailability with a shrug of the shoulders and go do something else — which of course defeats the whole purpose. Then they’re surprised that she’s angry or frustrated.

Take home message:  If you’re in a committed relationship, notice when she might be pulling away from you. If that happens, keep in mind the possibility this is a manifestation of her desire — and that like the female rat, she may be hoping to begin a chase.

Just keep that in mind. You can thank me later..

You’ll find more actionable advice on how to make sense of men’s and women’s sexual desire in my book, Love Worth Making.