Why Some Men Have Trouble Ejaculating During Intercourse 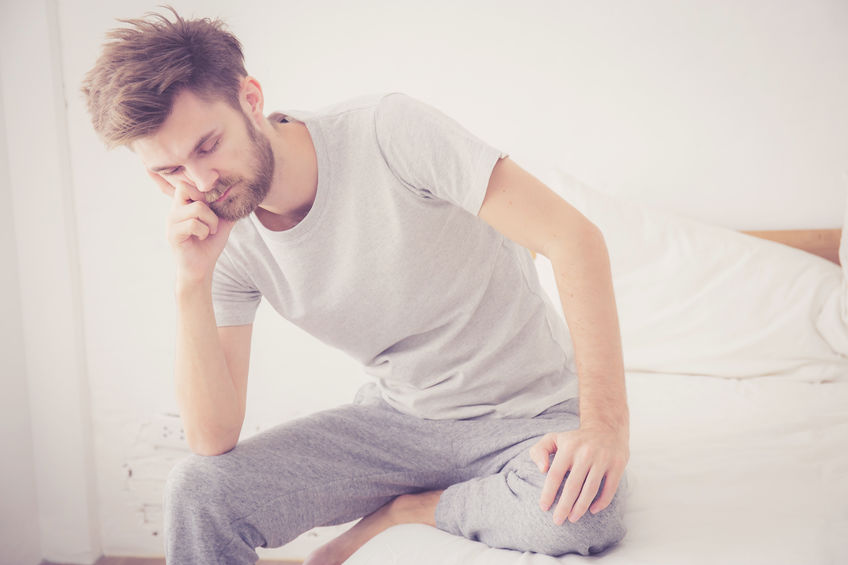 Men who have trouble ejaculating are a misunderstood bunch.

Women’s and men’s orgasm difficulties are really very similar. As I explained in my article, Advice for Men Who Have Difficulty Ejaculating, an orgasm is really just a reflex. Male or female, people differ in what’s called their orgasm thresholds — how much stimulation they need to climax.

We’ve come a long way in understanding women’s orgasms. People now recognize that some women just need much more stimulation to climax. There’s nothing wrong with her. That’s just how she’s wired.

But our knowledge of men’s orgasm difficulties has lagged a bit. Lots of couples still put pressure on the male partner to orgasm, and they worry there’s something terribly wrong with him if he can’t.

In my previous article, Advice for Men Who Have Difficulty Ejaculating, I showed you four rules to follow if you want to make it easier for a man to climax.

Ask Him How He Masturbates

Here are the most common ones:

It’s the same for many women who can orgasm by themselves but not with a partner. They need a very rapid stroke — which is something they can easily do by themselves, but that’s not so easy for a partner to do.

Same thing for a man who has difficulty ejaculating. He often needs to go fast at the end — which is obviously much easier to do with your own hand, since you can feel confident of not hurting yourself in the process.

But for most men who have trouble ejaculating, a loose hand won’t do the trick. You need a really tight grip to get to climax.

To illustrate where the frenulum is, here’s a diagram — not of a penis, but of a rather famous Manhattan building, the “Flatiron Building.”  One of the reasons it’s so famous is that viewed from a certain angle it looks like the underside of an erect penis.

A woman’s urethra — and the bubble-wrap that protects it — is located at the roof of her vagina. That’s the origin of the so-called “G-spot.”

During intercourse, his frenulum is mostly buried deep inside his partner’s vagina where it doesn’t see much action.  So if he’s someone with trouble ejaculating who’s learned to need intense frenulum stimulation, it’s likely he may have trouble ejaculating during penetrative sex.

Once you know these three basic elements — FAST, FORCEFUL, and FRENULUM — it’s easy to see why intercourse might be a problem for a man who has trouble ejaculating.

A woman’s vagina typically can’t move very fast. It can’t exert much force. And for the most part the most sensitive part of his penis, his frenulum, is buried deep inside her vagina where it doesn’t get much stimulation.

So what can be done about this?

That’s often worth trying. And sometimes it does help.

But it’s not always so simple. Here’s why:

On Being Accepted For Who You Are

But here’s the thing: A man’s high orgasm threshold isn’t usually something he control, or change.

Just like a woman who needs a lot of stimulation to climax. The only way you’re going to enjoy really great sex with her is to accept her as she is. Same with a man.

In my book, Love Worth Making, I call acceptance “Vitamin A” for good sex. Without enough Vitamin A, you won’t get very far.

In future articles, we’ll discuss even more techniques for managing this condition. But remember, no techniques have much chance of working unless you accept each other in bed for who you are.

That should always come first.

For more information about how to get more Vitamin A in a long-lasting relationship, check out my book Love Worth Making — available at the following online outlets, and  wherever books are sold.