Advice for Men Who Have Difficulty Ejaculating (and their partners) 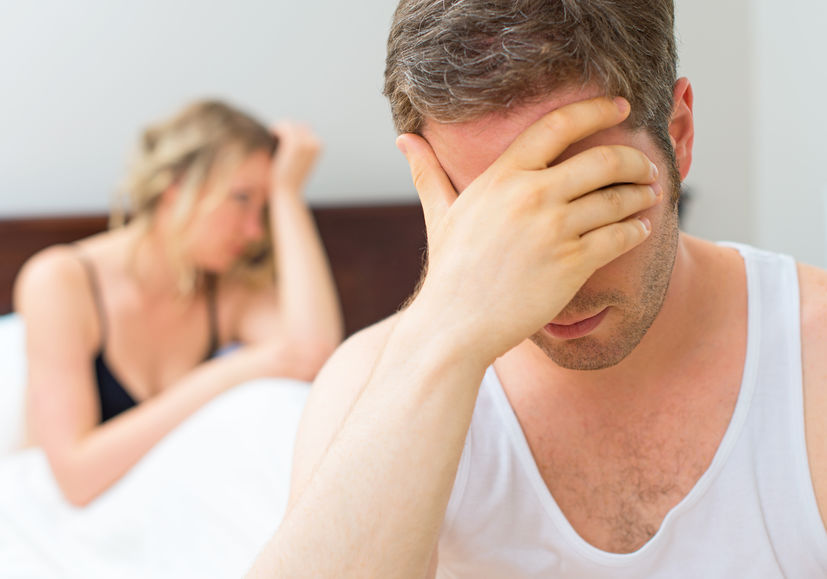 When I first started out as a sex therapist thirty years ago, I was taught that difficulty ejaculating was rare, that it was very hard to treat, and that it usually suggested deep-rooted psychological problems.

We now know these are all total myths.

The reality is that difficulty ejaculating is rather common.  It’s usually not that hard to treat,  once you know how. And no, you don’t have to be neurotic to suffer from this problem.

Don’t bother looking for advice about difficulty ejaculating on the internet, or on Amazon. You won’t find anything useful in either place.

Don’t bother asking your doctor or our therapist either. There’s still a lot of ignorance out there about what causes this condition, and how to treat it.

But at the end of this article, I’m going to show you four rules for overcoming difficulty ejaculating. (Feel free to skip ahead if you like).  And in subsequent articles, we’ll get more technical still about what to do for this common condition.

Biologically speaking, an orgasm is simply a reflex. That’s true no matter which gender you are.

Your body is full of reflexes:  The knee-jerk reflex, the gag reflex, the cough reflex, the sneeze reflex — they all basically work the same way.  Sensory inputs get processed by the central nervous system. Then if they’re sufficiently intense, they trigger a muscular reaction.

Women’s orgasm thresholds Vary. So do men’s. But most women’s thresholds are somewhat higher. They have to be seriously aroused in order to reach orgasm.

Men tend to have lower orgasm thresholds, so most men can ejaculate even if they’re not very aroused. But there are lots of men with high thresholds too.

Like their female counterparts, they can’t get off unless they’re seriously aroused.

Most women and men with high orgasm thresholds eventually figure out on their own how to get aroused enough to climax. But they often have trouble doing it in bed when someone else is present.

No matter what gender you are, the fact that you can achieve sufficient arousal for orgasm by yourself — and for yourself — is a very positive sign. It means you know how to cultivate your own arousal. All that’s needed in treatment is to take your knowledge of your own arousal and adapt it to partner sex.

When I say arousal, I’m not just talking about hardness or wetness. I’m talking about a state of mind where you get highly absorbed in the experience, you lose a significant number of IQ points, and you regress to a more child-like state of wonder. What in my office I call “getting dumb and happy.”

As I discuss in my article, Sex Tips for Married Lovers, many couples think that if he’s hard and she’s wet that they’re ready to have intercourse. Big mistake. Hardness in a man, like wetness in a woman, can occur even at fairly low levels of psychological arousal.

Orgasm By the Numbers

Let’s imagine arousal — the real, authentic psychological kind — on a scale from 0 to 100. Most young men only need about a 20 to get hard. But men’s orgasm thresholds vary.

If your innate orgasm threshold happens to be a 30, you’ll probably suffer from premature ejaculation. You’ll most likely expend lots of effort trying to keep your arousal very low, in order not to ejaculate immediately once lovemaking gets started.

But let’s say you’re a man whose innate orgasm threshold happens to be an 80. That level of arousal is not always easy to achieve.

So now let’s get to the nuts and bolts. What’s the best way for a man with a high orgasm threshold to get satisfaction in bed?

As a sex therapist, I’ve successfully treated hundreds of men for difficulty ejaculating. Reading an article like this is no substitute for an office consultation. But here are the basics — what I typically recommend for men whom I see in the office:

Remember, genuine arousal is a state of mind. It typically involves losing a bunch of IQ points, or “getting dumb and happy” — as we discussed above. Chances are, you know just how to do that when you’re by yourself, and you don’t have to worry about anyone else’s needs.

But during partner sex, many men spend so much time thinking about whether their partner is aroused that they totally neglect their own arousal.

Such men assume the fact that they’re still hard means they’re fully aroused. But that’s just wrong. If you’re a young, healthy man, you can be plenty hard during sex and still be focused on lots of other things and not be that into it.

To get better results, the first thing you need to do is start paying attention to how genuinely aroused you really are.

Most straight couples put a lot of emphasis on penetrative sex. There are of course lots of other ways to make love besides penis-in-vagina intercourse. But most heterosexual couples don’t feel quite right unless intercourse is somewhere on the menu.

Sure, intercourse can be exciting. But if you’re like most men, the most exciting part is right at the moment of penetration. Like most things in life, intercourse just doesn’t deliver the same thrill on the hundredth thrust as it did on the first.

So don’t penetrate the minute you get hard. Instead, see if you can get to a 60 or more of arousal before penetration. That way, it won’t be such a big jump to get to 80 before intercourse gets boring.

To reach orgasm yourself with a partner, you need a different approach — one that maximizes your own arousal.

Let’s say you’ve followed my advice above and waited to get to an arousal level of 60 before penetration. Good. But now that you’re fully hot and bothered, this is not the time to act like a gentleman. Now is the time to be a bit of a beast.

Assuming you have a good, trusting relationship with your partner, chances are they won’t mind if you focus entirely on your own arousal for a bit. If you’re like most men I see who have difficulty ejaculating, your partner will probably be thrilled that you trusted them enough to “really let go.”

Most partners enjoy being treated a bit ruthlessly in bed — assuming you’ve properly relished them first.

If in doubt, check with your partner of course — since people’s tastes do vary. But I’ve treated many men who had difficulty ejaculating where it turned out the main thing they needed was to know it’s okay to be a bit rougher in bed.

If your orgasm threshold is an 80 and you’ve been thrusting away for a half hour or more and you’re nowhere close to being able to come, then for God’s sake please do something else!

The truth is, you can’t always reliably reach an arousal level of 80 with a partner. Some days, for whatever reason, it’s just not going to happen. A modern man with a high orgasm threshold should expect the same consideration most modern women get under the same circumstances.

Most modern couples don’t automatically expect a woman with a high orgasm threshold to climax every time. And if she wants an orgasm, most modern couples find it perfectly acceptable for a woman to give herself one in bed with a partner.

In my sex therapy office, I encourage couples to give a man who has difficulty ejaculating the same consideration. Don’t assume he has to have an orgasm every time. And if he wants one after you both feel intercourse has gone on long enough, for heaven’s sake let him pull out and give himself one.

Sure, it’s nice to ejaculate during intercourse. But make sure you have a back-up plan, just in case.

Further Reading for Men with Difficulty Ejaculating — and for Their Partners

But the four rules above are a good place to start.

If you’d like more advice on how to nurture your own genuine arousal — and how to enjoy it for life with someone you love — check out my book, Love Worth Making: How to Have Ridiculously Great Sex in a Long-Lasting Relationship (St Martin’s Press, 2018).

Love Worth Making is available online at any of the following retailers, and wherever books are sold.