How Chronic Stonewalling Imprisons a Relationship 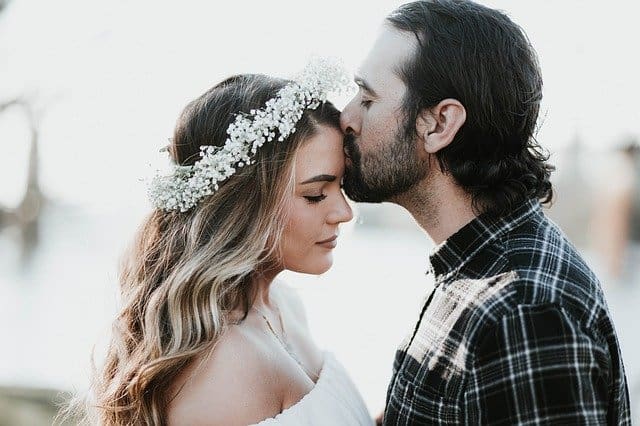 This article was originally published on KyleBenson.net and is republished here with permission.

Have you ever watched a child try to get attention from their mom or dad?

What happens if the child’s attachment figure is unavailable and unresponsive?

The child is bound to be distressed.

It doesn’t matter if you are 5 months or 45 years old–there are still two basic responses to an unavailable attachment figure:

When our romantic partner is unresponsive and unavailable, we protest.

We act like an infant banging a rattle on the side of the crib. We make as much noise as possible to try and get attention.

As adults, this manifests as being critical, or making excessive, desperate attempts to reestablish a connection.

If the consistent response is being ignore or dismissed, the child curls up into a ball and hides in the corner.

As adults, we stop fighting for emotional connection and give up on the relationship altogether.

Despair has set in.

To demonstrate this scenario, one partner in a couple was asked to be intentionally unresponsive.

This occurred in about 30 seconds. At the end of the demonstration, here is what Angela said when she was asked what she noticed in her body.

I… um… felt a lot of tension. I was frantic. Panicky. I became super anxious, even though I knew this was an exercise. And towards the end I just felt helpless.

This prolonged act of turning away is what Dr. Gottman calls stonewalling.

Everyone withdraws from a relationship when they’re feeling hurt or fearful of saying the wrong thing.

This pause allows us to get creative about how to solve the problem.

But consistent withdrawal is toxic.

In fact, most romantic partners do not understand the profound impact distancing has on a bond.

A stonewaller might think, “I don’t get why they’re so pissed with me. I wish I could just shrug off their blaming, but I can’t. I need time to recover. Why don’t they get that?”

While this person is being honest about their internal world, they neglect to mention one important fact: that they never want to resume the discussion, because the emotions they feel are too overwhelming.

“If either spouse refuses to communicate when conflict arises, it can be hard to heal a marriage.” – Dr. Gottman

How can doing nothing be so triggering?

When looking at relationships from an attachment lens, this type of response is seen as a threat to survival.

Psychologist Ed Tronick demonstrated the effect of stonewalling in a landmark study between mothers and infants called The Still Face Experiment.

In this experiment, for a set amount of time, the mother responds to her child’s cues for attention with only a still, unreactive face.

The baby protests the loss of emotional connection to his mother in a variety of ways.

He points. He screams. He aggressively moves around in his chair.

When these attempts fail, the baby withdraws by moving his face and body away.

After a few moments, he starts to wail in a panic.

When the researcher signals the end of the experiment, the mother smiles and comforts the baby, who rapidly regains his emotional balance and happily re-engages her.

This Still Face experiment applies to our adult relationships too.

Each time a partner turns away from connection, the response is not dissimilar to the baby shown above.

Are men or women more likely to stonewall their partner?

Dr. Gottman’s research highlights that, due to certain physiological differences, 85% of stonewallers1 are men.

Men are flooded with emotions more easily than women and struggle to recover as quickly.

Also, men tend to be more avoidant in their attachment styles, and stonewalling is the ultimate avoidant strategy.

But here’s the thing….

The stonewaller is trying not to make anything worse, even though their behavior sends the unintended message of disapproval and emotional distance.

The purpose of stonewalling is to self-soothe because they are overwhelmed by negative emotions.

Stonewallers typically have a history of making things worse when trying to solve problems…which is why they have the learned behavior of shutting down.

The toxic cycle of criticism and stonewalling is a predictor of divorce.

The stonewaller’s heart rate escalates, and they’re scared to say anything for fear of making it worse.

Let’s look at a couple named Jane and Miguel.

This is what happens when Miguel comes home from work.

Miguel may be physically in the room, but he has emotionally disappeared from the conversation.

This is done to protect himself from Jane’s criticism, so he can calm down. In his mind, he’s preventing the situation from getting worse.

Unfortunately, the message the partner receives from the behavior is, “I am withdrawing from any meaningful interaction with you.”

Jane’s distress is amplified by the confusion of having Miguel physically present but emotionally absent.

When stonewalling becomes a habit, it creates a sense of helplessness in the other partner.

This is why she attacks even more.

This could be a sign of a toxic relationship.

The Other Side of the Wall 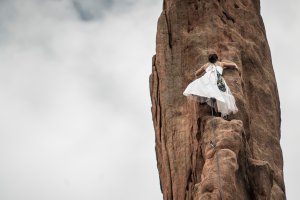 When they are unresponsive, you feel they don’t care about your needs or feelings. It’s as if they’ve abandoned you, even though they’re in the room.

This is when you may become even more critical and demand emotional connection.

This will push them farther away.

Instead, give them space, and then revisit the issue later when you can be gentle. This should always be the way you start the conflict conversation.

Ask them what they need, so you can talk about it in such a way that will allow them to work with you.

While we’re on the subject, read these other rules for handling conflict conversations with your partner.

Stonewalling is the last horse of Dr. Gottman’s Four Horsemen of the Apocalypse. 2

It takes enough time for the negativity formed by the first three to become so overwhelming that stonewalling is a form of escape.

Ask for a break during conflict

When one partner is too overwhelmed and flooded, one of the most successful strategies is to take a break.

In fact, this is a very natural and healthy thing to do.

With the couples I work with, we come up with a hand signal or a phrase that signals a break is necessary. And we discuss a way in which each partner will effectively calm down for a full 20 minutes before returning to the conversation.

For most couples in conflict, there is little to no engagement once one of them leaves. But avoiding the emotional intensity of conflict postpones healing and blocks emotional connection.

By saying, “I will be back in 20 minutes,” you’re giving your partner the reassurance that you will return. This reduces their tendency to continue criticizing you because they know you’re coming back to work through the problem.

During these 20 minutes, intentionally focus on replacing problem-maintaining thoughts, such as “my partner is so mean,” with relationship enhancing ones, such as, “my partner is just stressed out and frustrated. We need to work together to find what’s best for both of us.”

Ask for what you need, not what you don’t

When both partners restart the conflict conversation, focus on expressing the positive needs.

Helping your partner see your side in a conflict conversation might be challenging. But I’ve written a guide to handling this situation. Find it here.

If you’re the stonewaller, do your best to search for the longing in your partner’s words.

You can even ask, “what do you need?”

This need should be positive and actionable. If your partner is vague and says, “I need you to love me,” you should respond by saying, “I understand you need me to love you. I want to do that too. Tell me, what can I do that would make you feel most loved?”

During conflict conversations with your partner, take extra time to share appreciation for listening and responding. This will help keep the conversation more positive and support the stonewaller from feeling the need to withdraw.

Consistent stonewalling is a sign a relationship is ailing.

Take this sign seriously, because when you consistently turn away from your partner, you’re not just avoiding a fight – you’re avoiding your relationship.

And your relationship needs YOU in order to thrive.

Kyle Benson is an Intentionally Intimate Relationship coach providing practical, research based tools to build long-lasting relationships. Kyle is best known for his compassion and non-judgemental style and his capacity to seeing the root problem. Download the Intimacy 5 Challenge to learn where you and your partner can improve your emotional connection and build lasting intimacy. Connect with Kyle on Twitter and Facebook. For more tools visit Kylebenson.net.